coronavirus, Omicron Variant
Save for Later
From The Center 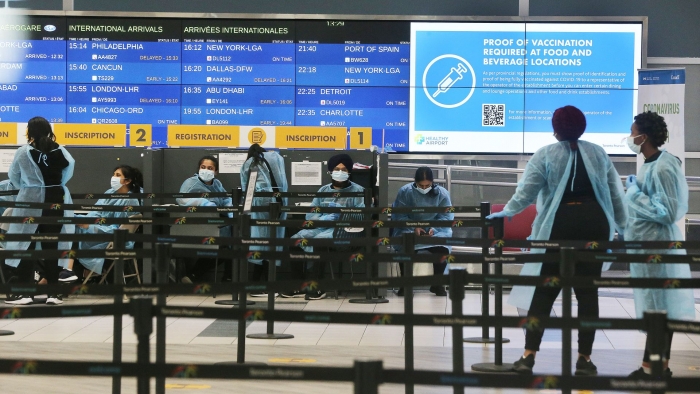 The first two cases of the new Omicron variant have been detected in North America, the Canadian government announced Sunday evening.

Driving the news: The World Health Organization has named Omicron a "variant of concern," but cautioned earlier on Sunday that it is not yet clear whether it's more transmissible than other strains of COVID-19.

The new strain has also been detected in several European countries, Israel and Hong Kong and Australia.

State of play: The two people in Canada who tested positive had recently traveled from Nigeria, per the statement from Ottawa Public Health.

France's Ministry of Health announced in a statement on Sunday evening that it has detected eight possible cases of the variant. Testing is underway to confirm their diagnosis.