coronavirus, Donald Trump Jr., Polarization, vaccine mandates
Save for Later
From The Right 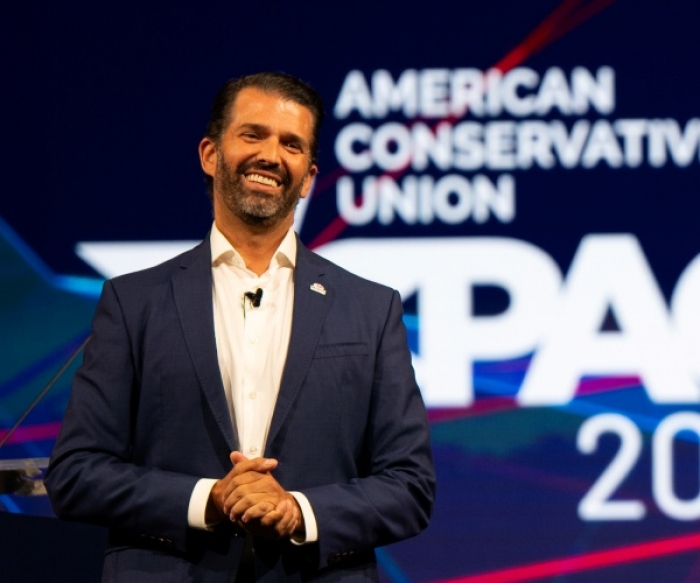 Donald Trump Jr. lauded European protests against COVID-19 restrictions — and trashed Americans as “sheep” for not doing the same.

But America, he continued, "is sitting there like sheep. 'Oh, this is great. We'll just go along with what these guys who've gotten nothing right in the last two years tell us.'"

Trump Jr. also alleged the U.S. media was deliberately not reporting on the recent wave of protests in Europe over winter restrictions, including some that turned into riots.

The Associated Press has regularly reported on the unrest, as have broadcast outlets including the New York Times , ABC News, and NBC News

"You don't hear about what's going on as it relates to the riots in Europe on a daily basis now against the vaccine mandates because our media wants to block that out," Trump Jr. alleged.

Read full story
Some content from this outlet may be limited or behind a paywall.
coronavirus, Donald Trump Jr., Polarization, vaccine mandates