Michael Cohen: prosecutors could ‘indict Trump tomorrow’ if they wanted 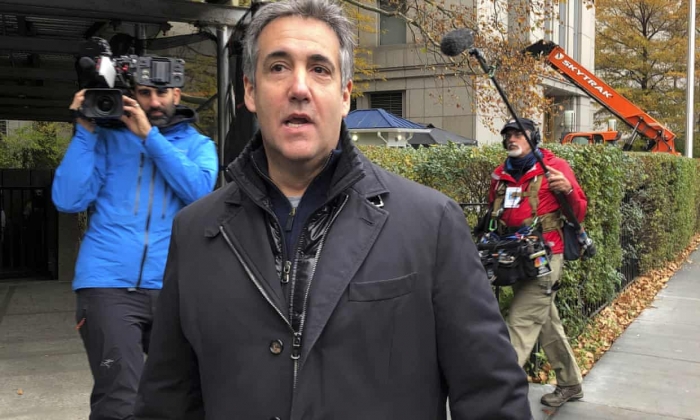 Prosecutors in New York could “indict Donald Trump tomorrow if they really wanted and be successful”, the ex-president’s former lawyer and fixer Michael Cohen said on Sunday, discussing investigations of Trump’s business affairs.

Asked if he was “confident you did help Donald Trump commit crimes”, Cohen told NBC’s Meet the Press: “I can assure you that Donald Trump is guilty of his own crimes. Was I involved in much of the inflation and deflation of his assets? The answer to that is yes.”

Cohen also repeated his contention that Trump will not run for the White House in 2024, because his huge fundraising success while hinting at such a run is too profitable a “grift” to give up.

The Manhattan investigation of the Trump Organization, including whether Trump cheated on property valuations for tax purposes, is one of a number of sources of legal jeopardy for the former president.

Trump denies all wrongdoing. Because the Manhattan district attorney, Cyrus Vance Jr, leaves office at the end of the year, some think indictments may be imminent.

Cohen, who has cooperated, said: “I really try not to talk about it because it’s their investigation, nor do I want to tip off Trump or the Trump Organization’s people about what is actually happening.

“So I would rather just not answer that specific question, other than to say that you can bet your bottom dollar that Allen Weisselberg is not … the key to this. They are going after Donald. They’re going after Don Jr, Eric, Ivanka, a whole slew of individuals, family as well.”