North Korea, Kim Jong Un, Culture
Save for Later
From The Right 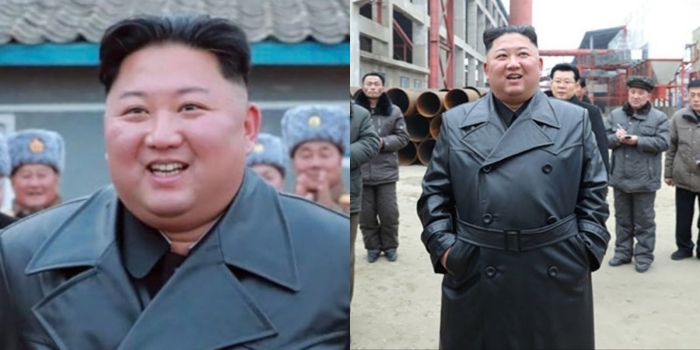 North Korea has now banned leather coats that copy the style of its leader Kim Jong Un in the latest crackdown of expression in the East Asian country.

Kim popularized the leather jacket in 2019, which was first worn by wealthy elites who could afford the expensive item. People in North Korea loved the look and started copying Kim. A military parade in North Korea also showcased high-ranking officials donning leather jackets, sparking further interest in the material.

Fake leather was soon imported so the jacket could be worn by people with less money, which frustrated Kim. Fashion police have now mobilized to confiscate the artificial leather jackets in markets and from "pleather" wearers.

Authorities in North Korea felt that imitation is not the sincerest form of flattery, ruling that Kim should have a monopoly on his own style of fashion.

Read full story
Some content from this outlet may be limited or behind a paywall.
North Korea, Kim Jong Un, Culture

PERSPECTIVES BLOG
Odd Couples: From Enemy to Eulogy
NEWS
US grounded planes as a 'precaution' after a North Korean missile launch
CNN Business

More News about North Korea from the Left, Center and Right

News
He Sends Up Balloons, and North Korea Wants Him Dead
Foreign Policy

News
'We can and must do better': U.S. Forces Korea leads fight against racism in the ranks
Washington Times

News
Where to Now for the Trump Administration’s North Korea Policy?
National Review

News
Trump Goes to North Korea
The Flip Side

News
Tensions Flare With North Korea
The Flip Side