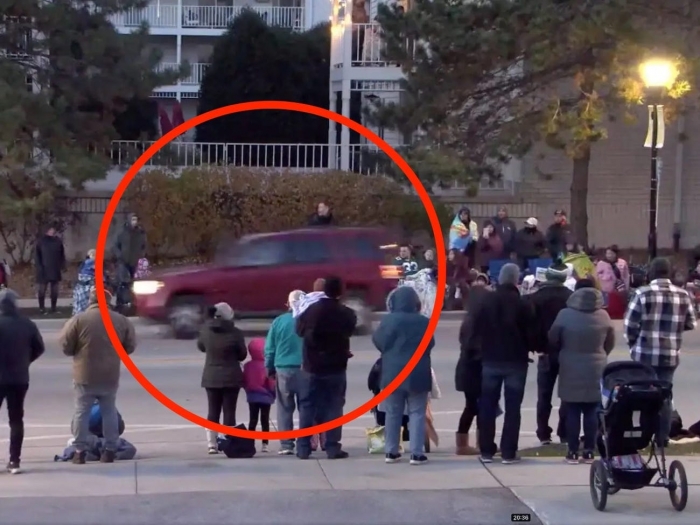 The man accused of driving his SUV through a Christmas parade in Waukesha, Wisconsin, was charged with five counts of first-degree intentional homicide.

Six people were killed and at least 62 were injured in the Sunday rampage as of Tuesday, per a criminal complaint.

Suspect Darrell E. Brooks, 39, appeared for a preliminary hearing at the Waukesha County Courthouse on Tuesday in connection with the incident.

Prosecutors say an additional charge will be filed after an 8-year-old child died from injuries sustained in the tragedy, bringing the death toll to six.

Brooks, a resident of Milwaukee, Wisconsin, who police say was in a domestic dispute before the deadly parade incident has a lengthy criminal history and is the sole suspect in the case. He could face life in prison if convicted. Bail was set for $5 million.

"The vehicle took an abrupt left turn into the crowd of parade participants," according to a criminal complaint, which detailed the charges brought against Brooks in the incident. "At this point, it was clear to Officer Butryn that this was an intentional act to strike and hurt as many people as possible."

Read full story
Some content from this outlet may be limited or behind a paywall.
Violence in America, Milwaukee, Disaster,  Waukesha, Criminal Justice,  Justice, Media Bias, Black Lives Matter