'Guilty': Jury finds all 3 men guilty of murder in the killing of Ahmaud Arbery 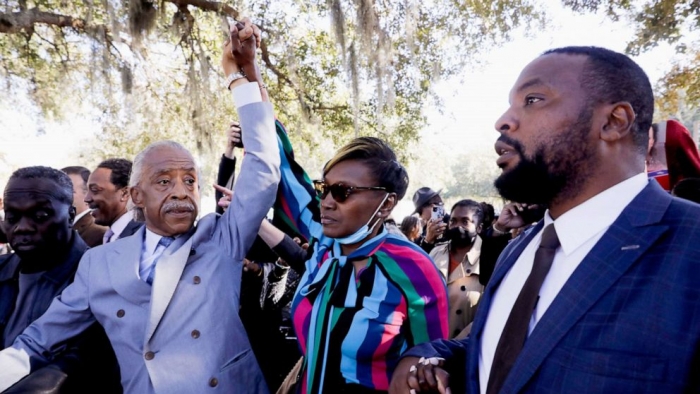 A Georgia jury convicted three white men of murder on Wednesday in the death of Ahmaud Arbery, 21 months after the 25-year-old Black man was chased down and shot to death while out for a Sunday jog.

PERSPECTIVES BLOG
When Kyle Rittenhouse Drives Us Even Further Apart

News
Biden says the January 6 insurrection was 'about white supremacy,' and that hate doesn't go away, 'it only hides'
Insider