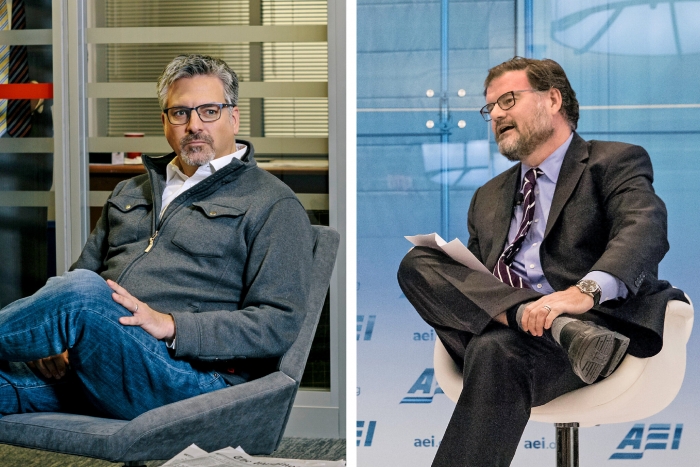 The trailer for Tucker Carlson’s special about the Jan. 6 mob at the Capitol landed online on Oct. 27, and that night Jonah Goldberg sent a text to his business partner, Stephen Hayes: “I’m tempted just to quit Fox over this.”

“I’m game,” Mr. Hayes replied. “Totally outrageous. It will lead to violence. Not sure how we can stay.”

In some ways, their departures should not be surprising: It’s simply part of the new right’s mopping up operation in the corners of conservative institutions that still house pockets of resistance to Donald J. Trump’s control of the Republican Party. Mr. Goldberg, a former National Review writer, and Mr. Hayes, a former Weekly Standard writer, were stars of the pre-Trump conservative movement. They clearly staked out their positions in 2019 when they founded The Dispatch, an online publication that they described as “a place that thoughtful readers can come for conservative, fact-based news and commentary.” It now has nearly 30,000 paying subscribers.

Read full story
Some content from this outlet may be limited or behind a paywall.
Media industry, Media Bias, Fox News bias, Tucker Carlson, Capitol Chaos