Arts and Entertainment, Kyle Rittenhouse, Saturday Night Live
Save for Later
From The Left 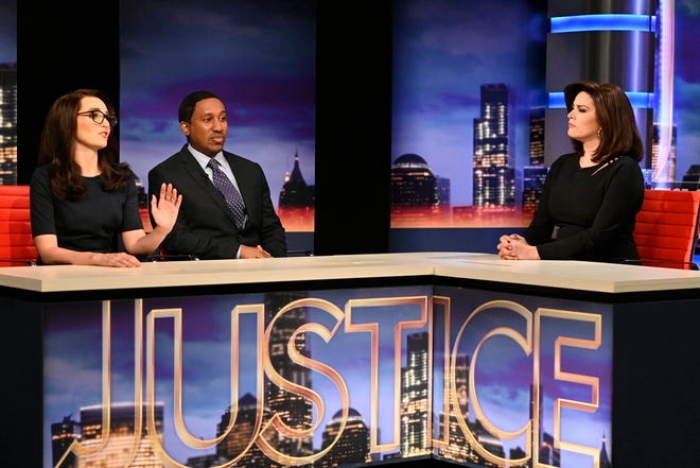 “That lovable scamp was put through a nightmare of a trial just for doing the bravest thing any American can do: protecting an empty used car lot in someone else’s town,” Strong began, channeling the Fox News host and praising Kyle Rittenhouse, who was found not guilty of intentional homicide and other charges this week.

Sipping from a mug stamped with the words “Liberal Tears,” Strong welcomed two guests to comment on the Rittenhouse verdict, a white legal analyst for “nasty NPR,” played by Chloe Fineman, and a Black professor from Howard University, played by Chris Redd.

“I’ve never seen anything like it before,” Fineman says of the not-guilty verdict given to Rittenhouse.

“I have! Many, many times,” Redd responds with widened eyes.

Read full story
Some content from this outlet may be limited or behind a paywall.
Arts and Entertainment, Kyle Rittenhouse, Saturday Night Live

News
Chelsea Handler scolded 50 Cent for supporting Trump: 'I had to remind him that he was a black person'
The Blaze