Food, Economy and Jobs, Inflation, Thanksgiving
Save for Later
From The Center 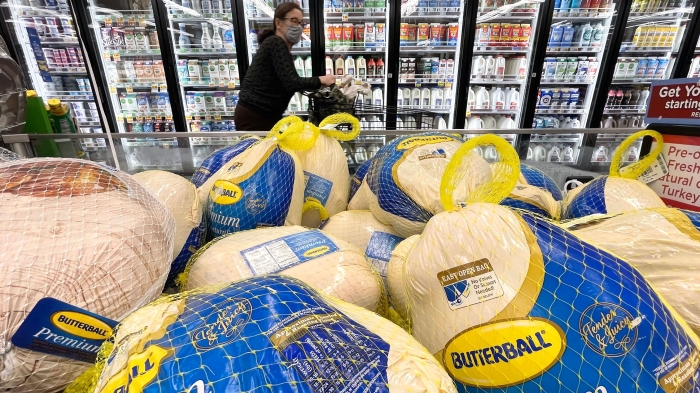 As we get closer to Thanksgiving, Americans naturally think a lot about turkey, as in how to prepare it or what to serve alongside it.

But here’s something they may obsess about even more: free turkey.

This is the time of year when many food retailers roll out offers for consumers to score a bird at no cost, provided of course they spend a certain amount. The deals vary in their terms: BJ’s BJ, -3.23%, the wholesale club, requires a $100 purchase, while ShopRite, the supermarket chain, sets the bar at $400, but also lets shoppers substitute a ham or other items for the turkey.

Some retail and marketing experts say the promotions have reached a fever pitch this year because turkey prices have soared, climbing to their highest point in decades, with a 15-pound bird running around $21. In other words, food retailers know that a free turkey is a more powerful tool than ever to lure shoppers.

For that matter, it’s not just supermarkets playing the free-turkey game. Even cellphone companies are getting into the act. Boost Mobile, which is owned by Dish DISH, -2.13%, has offered a turkey giveaway in select cities in recent years. A Boost Mobile spokesperson noted that the promotion doesn’t require a purchase, however: “You don’t have to do anything, Boost is just giving back.”