Two Days Before Rittenhouse Verdict, a Native Woman Was Imprisoned for Killing Her Alleged Rapist

sexual misconduct, Violence in America, race and racism, Native Americans, Criminal Justice, Kyle Rittenhouse
Save for Later
From The Left 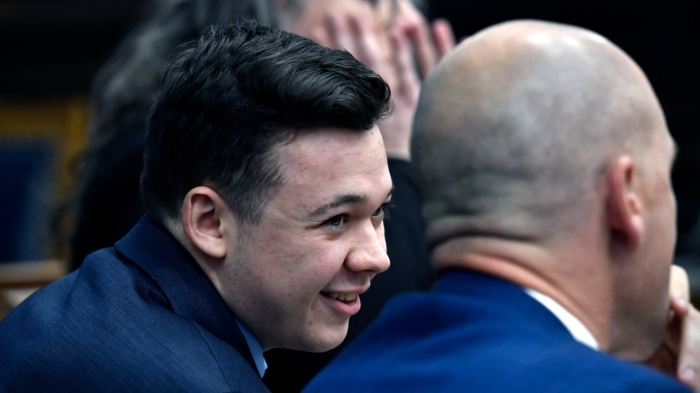 Two days before a nearly all-white jury bought Kyle Rittenhouse’s claim he was acting in self-defense when he shot three men, killing two, at a Black Lives Matter protest, Maddesyn George, a 27-year-old Native mother, was sitting in a courtroom in Eastern Washington, waiting to learn how many years she would have to spend in federal prison for a shooting a white man she said had raped her.

George, a member of the Colville Confederated Tribes, admits she killed Kristopher Graber in July 2020. The two had been friends; in a police interview, she said was at Graber’s house doing scratch-off tickets when he got on top of her and raped her with a vibrator. When she protested, he pulled out a gun, George told the tribal detective. Graber eventually fell asleep, and George took the gun from him, along with cash and drugs, according to prosecutors. Then she left. The next day, Graber went out looking for her, found her sitting in a locked car, and confronted her. In the altercation, she shot him once through the window, killing him.

“I was like panicking cause I was like, ‘Oh, fuck, the window’s open this much, like he’s going to fucking, he is going to get me,” George told the tribal detective shortly after the shooting. “So then I got the gun off the floor.”