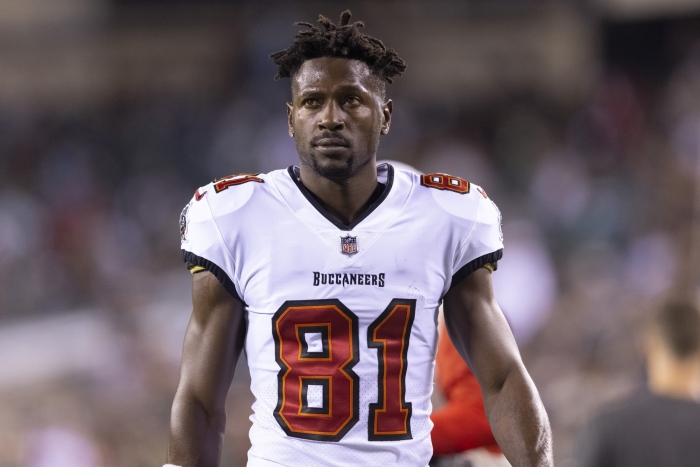 "We are aware of the report and have been in contact with the club," an NFL spokesperson said. "We will review the matter."

Steven Ruiz, the former live-in chef for the NFL player, made the claims in an interview with the Tampa Bay Times.

Ruiz told the newspaper he was speaking out after falling out with Brown, claiming the athlete owes him $10,000 after efforts to reach a settlement with his former boss were unsuccessful.