Kamala Harris, White House
Save for Later
From The Left 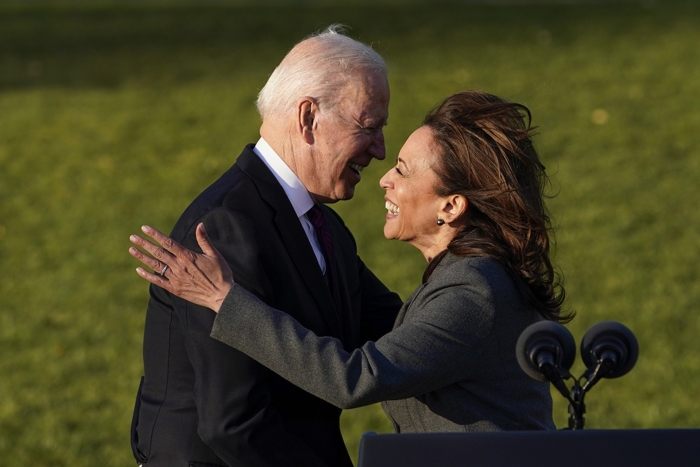 Vice President Kamala Harris denied Thursday that she felt her political potential and policy expertise were being wasted by the White House, rebutting several days of negative media reports about her office and broader role in the Biden administration.

Those remarks from Harris came in an interview on ABC's "Good Morning America," when host George Stephanopoulos asked her whether she considered herself "misused or underused" as vice president.

"No, I don't," Harris replied. "I am very, very excited about the work that we have accomplished. But I am also absolutely, absolutely clear-eyed that there is a lot more to do. And we're going to get it done."

Multiple news stories over the past week have depicted the vice president's office as a dysfunctional work environment and Harris herself as a talented politician often relegated to tackling intractable assignments across the federal government — ranging from voting rights to the root causes of migration at the U.S.-Mexico border.

The reports have prompted public pushback from top administration officials and prominent aides to President Joe Biden, who have argued Harris remains a valuable partner to the president.

More News about Kamala Harris from the Left, Center and Right

Harris was inside DNC on Jan. 6 when pipe bomb was discovered outside
Politico

News
Biden to meet families of victims in Florida condo collapse; death toll rises to 18 with two children among dead: What we know
USA TODAY

Analysis
As Kamala Harris’ portfolio grows, so does the scrutiny
Christian Science Monitor

News
As Kamala Harris’ portfolio grows, so does the scrutiny
Christian Science Monitor

Analysis
Kamala Harris Says She Isn't 'Discounting the Importance of the Border.' Why Won't She Visit It?
Reason

News
Kamala Harris’ response to border crisis a head-scratcher: I haven’t ‘been to Europe’ either
New York Post (News)