Capital Punishment and Death Penalty, Oklahoma, Julius Jones, Criminal Justice, race and racism
Save for Later
From The Left 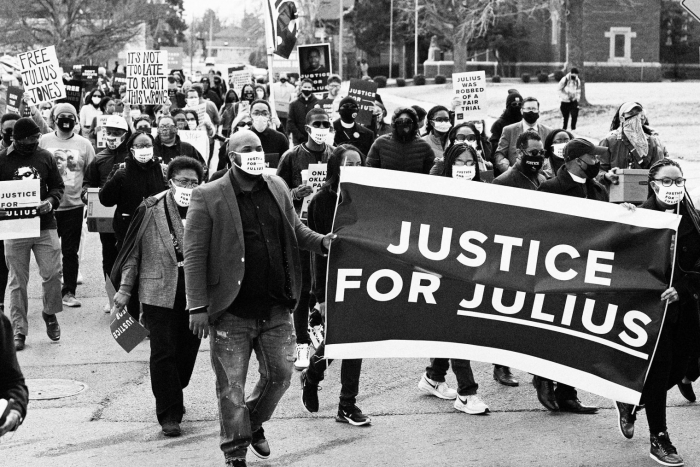 Just hours before the scheduled execution of Julius Jones, a 41-year-old Black man convicted of a murder he says he didn’t commit, Oklahoma Gov. Kevin Stitt still hasn’t said whether he’ll commute the death sentence, as activists have urged.

Jones was found guilty and sentenced to death in 2002 for the murder of Oklahoma businessman Paul Howell. Jones, who has always maintained his innocence, and his supporters have pointed to deep flaws in the trial as reason for Stitt, a Republican, to commute his sentence to life in prison.

Specifically, they point to Jones’ defense attorneys’ neglecting to question family members during the trial who claimed they were eating dinner with Jones at the time of the murder. What’s more, prosecutors relied too heavily on testimony from a co-defendant who was given a lighter sentence for his involvement in the same murder, according to Jones.