Sinema speaks up — and shakes off her critics

US Senate, Kyrsten Sinema, Politics
Save for Later
From The Left 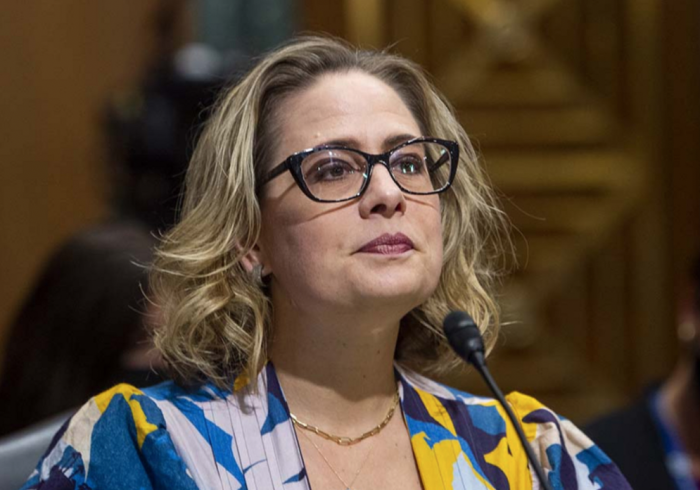 Watch the Senate floor enough and you'll notice Sen. Kyrsten Sinema regularly chatting with Mitch McConnell and his top deputy John Thune. Republicans have even tried to recruit her to their conference, and throw the Senate to the GOP.

Don't worry though, Democrats: Sinema's not becoming a Republican.

"No. Why would I do that?" the moderate Arizonan says in her trademark deadpan.

Thune, the GOP whip, wishes it were otherwise, confirming in an interview he’s pressed Sinema to join his party multiple times. But Sinema’s goal in an evenly split...

AllSides Media Bias Rating: Lean Left
You disagree.
Thank you! Community votes alone don't determine our ratings, but are valuable feedback and can prompt us to do more research.
106310/83986