What Would It Look Like If We Treated Climate Change as an Actual Emergency?

Climate Change, Environment, Media Bias, Polarization, sustainability
Save for Later
From The Left 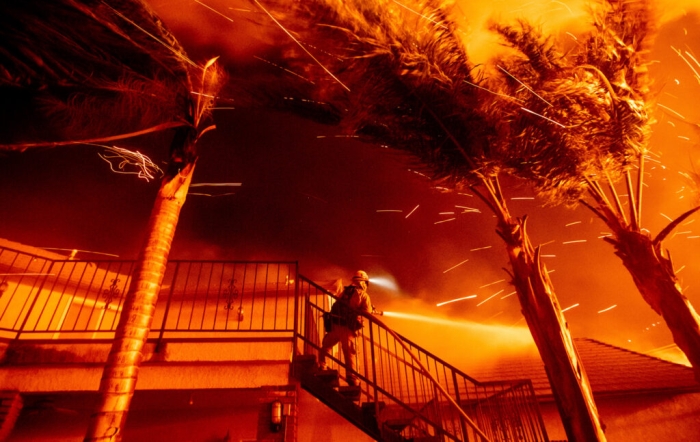 As the dust settles on COP26, the 26th United Nations Climate Change Conference, the results do not look good. Despite a flurry of headline-grabbing pledges, national commitments bring us nowhere near to meeting the Paris Agreement target of 1.5 degrees. According to Climate Action Tracker, 73% of existing “net-zero” pledges are weak and inadequate—“lip service to climate action.” What is more, a yawning gap remains between pledges, which are easy enough to make, and actual policies, which are all that really count. You can pledge all you like, but what we need is action. Right now existing government policies have us hurtling toward 2.7 degrees of heating in the coming decades.

What will happen to our world under these conditions? As temperatures approach 3 degrees, 30-50% of species are likely to be wiped out. More than 1.5 billion people will be displaced from their home regions. Yields of staple crops will face major decline, triggering sustained food supply disruptions globally. Much of the tropics will be rendered uninhabitable for humans. Such a world is not compatible with civilization as we know it. The status quo is a death march. Our governments are failing us—failing all of life on earth.

Read full story
Some content from this outlet may be limited or behind a paywall.
Climate Change, Environment, Media Bias, Polarization, sustainability