police reform, General News
Save for Later
From The Center 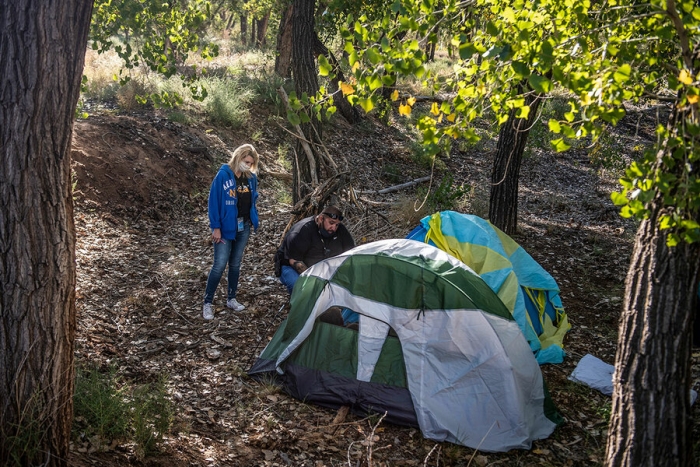 As cities wrestle with how to reform policing to reduce the use of lethal force, Albuquerque has created a new kind of responder on the streets. It sends behavioral specialists to deal with calls that involve emergencies like mental health issues and homelessness.

Walter Adams and Leigh White are on patrol. Their white car, stamped with “Community Safety” decals, is headed for a neighborhood once known as the “war zone.”

Mr. Adams and Ms. White aren’t carrying guns, though. Instead, they are armed with a trunk full of water bottles, Cheez-Its, and Chewy bars. Both are wearing jeans and matching black T-shirts. Skee-Lo’s 1990s hit “I Wish” is blasting from the radio.

While Mr. Adams drives, Ms. White eats breakfast snacks and works on a black Dell laptop. Before long, the first dispatch flashes over the computer screen. They have to head west.

Read full story
Some content from this outlet may be limited or behind a paywall.
police reform, General News