Thank the Government for the High Price of Holiday Meals

Food, Inflation, Economy and Jobs, Joe Biden, Economic Policy
Save for Later
From The Right 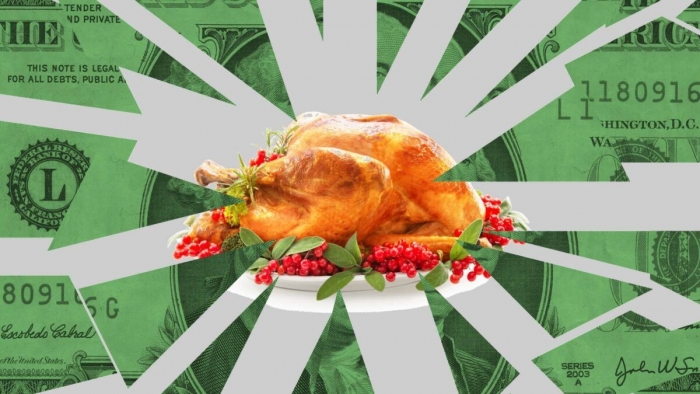 As we head into the holidays, part of the season's cheer will be tarnished by the higher prices we'll all pay for holiday festivities. In fact, food, like many goods and services, is costing us more as the flood of dollars unleashed by the federal government diminishes their value, ensuring our money doesn't go as far as it once did. If you're looking for a relative bright spot, count yourself lucky as an American, because things could be worse: Around the world, people generally far less prosperous than those in our own country are paying almost one third more for their meals than they did a year ago. That's a lot more dough for a lot less bread.

With Thanksgiving looming, a relatively easy comparison is made in the price of a turkey dinner with all the trimmings compared to the same feast in 2020.

Read full story
Some content from this outlet may be limited or behind a paywall.
Food, Inflation, Economy and Jobs, Joe Biden, Economic Policy