Women are our climate leaders, but at COP26 they're struggling to be heard

Women's Issues, COP26, Climate Change, Environment, sustainability
Save for Later
From The Center 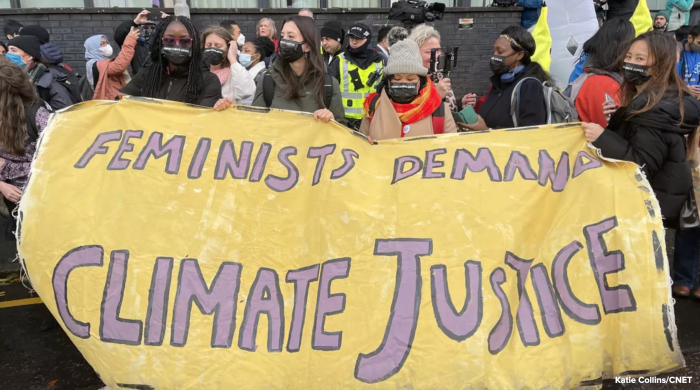 On the final day of the United Nation's COP26 climate summit, delegates who identify as part of the climate justice movement staged a massive walkout. At a prearranged moment, people from nongovernmental organizations and other civil society groups left the plenary hall and joined protestors on the far side of the eight-foot high fences surrounding the summit, chanting, "The people united will never be defeated."

Here, from a makeshift stage, speakers (delegates and non-delegates alike) addressed the crowds of people in the wind and rain, many of whom had chosen to come and listen to them over staying inside the warm halls of the climate talks. Almost all those who stepped up to the mic were young women.

"My given name is Xwisxwacca, and I come from a very long line of powerful women," said an activist from the tribal regions of Coast Salish and Nuu-chah-nulth in Canada. "So many people in my life have shown me what it means to say that truth and not be afraid."