Psaki Says Inflation Is Being Used As A ‘Political Cudgel’

Economy and Jobs, Inflation, Jen Psaki, White House
Save for Later
From The Right 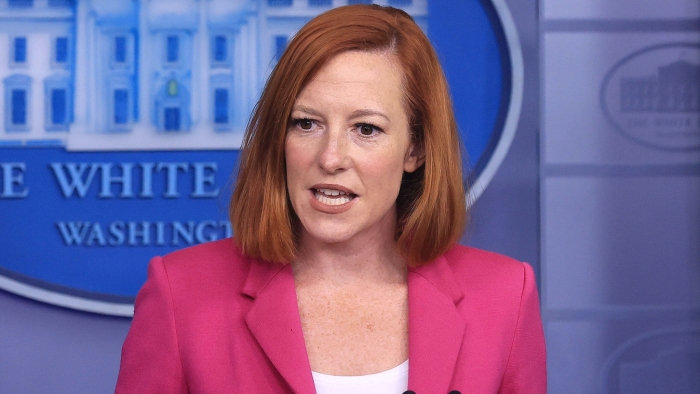 White House Press Secretary Jen Psaki said that inflation is being utilized as a “political cudgel” and predicted that it will decrease next year.

During a press briefing on Friday, Psaki was asked about the administration’s view on rising price levels — which are now accelerating at a 6.2% year-over-year rate.

“One in four Americans, according to a new survey, have experienced some kind of loss of income as a result of higher prices,” noted one reporter. “The president has expressed concern about this. I know that you were working on different fronts… to address this, but, I mean, how urgent is it? And … is there any sort of specific concern that this is going to affect not just political outcomes, but just the overall economy?”

“First, let me say that, you know, a lot of talk about inflation — I’m not saying from you, but in general out there… it’s become a political cudgel and it shouldn’t be,” Psaki responded. “It’s impacting, as you said, millions of Americans, no matter their political party. And that’s certainly of concern to the president.”

“I would note that everyone from the Federal Reserve to Wall Street agree with our assessment that inflation is already expected to … substantially decelerate next year. I know you’re not talking about that, but that’s an important component here.”

Read full story
Some content from this outlet may be limited or behind a paywall.
Economy and Jobs, Inflation, Jen Psaki, White House

PERSPECTIVES BLOG
How Did President Biden's First Year Go?
NEWS
These 4 states have fully regained the jobs lost during the pandemic
CNN Business