CEO who threw chair inside Capitol on Jan. 6 gets jail time

Justice Department, Capitol Chaos, Business, Chicago
Save for Later
From The Left 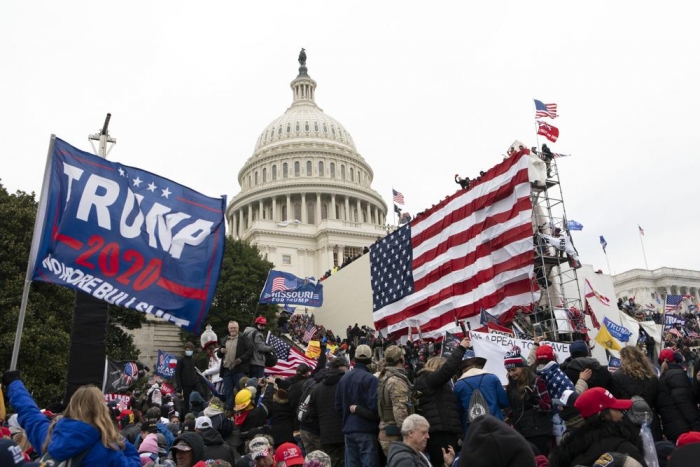 The former chief executive of a tech company in suburban Chicago who lost his job after he threw a chair inside the U.S. Capitol during the Jan. 6 riot was sentenced Friday to 30 days imprisonment.

Rukstales previously acknowledged he stormed the Capitol, threw a chair in the direction of police officers who had been forced to retreat from rioters, was nearby as a melee between officers and rioters broke out and had to be dragged away by officers after he refused to comply with attempts to get him up from the floor.

Though they said the officers weren’t in danger of being hit by the chair, prosecutors said Rukstales’ noncompliance added to the chaos in the Capitol.

Rukstales was forced out as CEO of Cogensia and sold interests in the firm after his participation in the riot became known and the boards of directors for the firm’s clients were ready to cancel contracts.