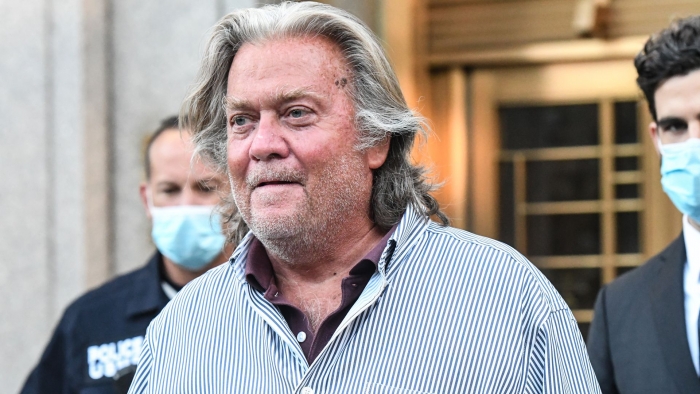 A federal grand jury on Friday indicted former Trump adviser Steven Bannon on two counts of contempt of Congress for his failure to comply with a subpoena issued by the House Jan. 6 select committee.

Why it matters: It's the first such indictment to come out of the committee's investigation of the Capitol insurrection — and the first time the Justice Department has charged someone for contempt of Congress since 1983.

Bannon faces fines and possible jail time. Each count of contempt of Congress carries a minimum of 30 days and a maximum of one year in jail, per the DOJ.

Catch up quick: Bannon's lawyer told the panel in October that he would not cooperate, citing an assertion of executive privilege by former President Trump.