Menace, as a Political Tool, Enters the Republican Mainstream

Republican Party, Violence in America, Threats, Gun Violence, Campaign Rhetoric
Save for Later
From The Left 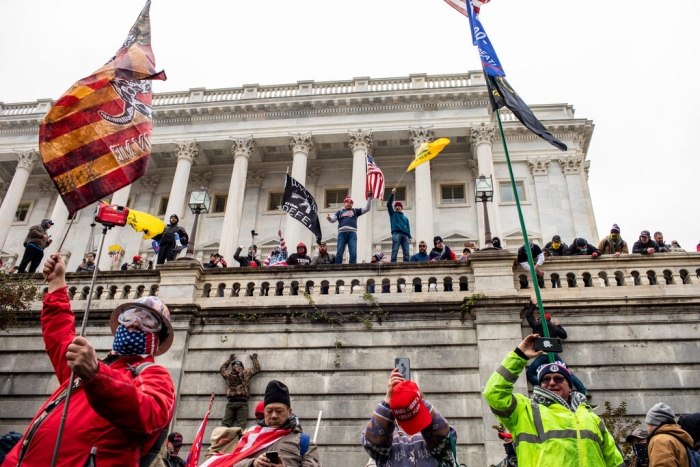 Threats of violence have become commonplace among a significant part of the party, as historians and those who study democracy warn of a dark shift in American politics.

At a conservative rally in western Idaho last month, a young man stepped up to a microphone to ask when he could start killing Democrats.

“When do we get to use the guns?” he said as the audience applauded. “How many elections are they going to steal before we kill these people?” The local state representative, a Republican, later called it a “fair” question.

In Ohio, the leading candidate in the Republican primary for Senate blasted out a video urging Republicans to resist the “tyranny” of a federal government that pushed them to wear masks and take F.D.A.-authorized vaccines.

“When the Gestapo show up at your front door,” the candidate, Josh Mandel, a grandson of Holocaust survivors, said in the video in September, “you know what to do.”

Read full story
Some content from this outlet may be limited or behind a paywall.
Republican Party, Violence in America, Threats, Gun Violence, Campaign Rhetoric