coronavirus, coronavirus vaccine, Moderna
Save for Later
From The Center 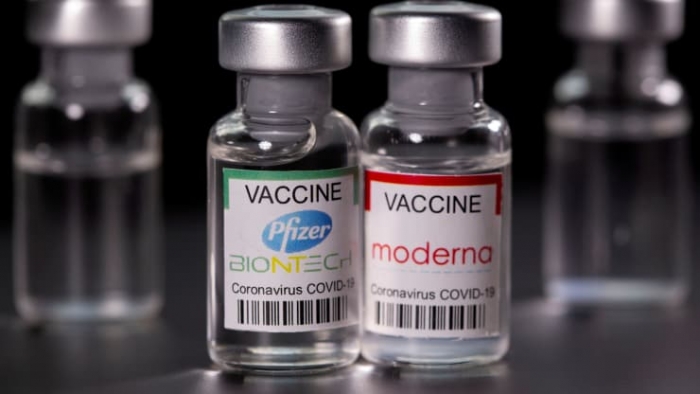 Moderna defended the use of its Covid-19 vaccine Thursday, saying the protection it offers against severe disease, hospitalization and death outweighs the risk of myocarditis, a rare heart condition seen in a small number of young men who received the shot.

The company announced last week that the Food and Drug Administration needed more time to decide whether to authorize its two-dose vaccine for use in children ages 12 to 17 as the agency looks into reports of myocarditis, or the inflammation of the heart muscle.

Reported cases of the rare heart inflammation in men under age 30 are relatively higher after Moderna’s vaccine compared with those who received the shots made by Pfizer and BioNTech, Moderna Chief Medical Officer Dr. Paul Burton told reporters on a call Thursday.

However, he also touted data from the Centers for Disease Control and Prevention that showed the rates of mild or severe disease from Covid were lower in Moderna recipients than in those who received Pfizer’s or Johnson & Johnson’s vaccines. For example, there were 86 breakthrough cases per 100,000 people for the Moderna vaccine. That compares to 135 breakthrough cases per 100,000 for Pfizer’s, he said.

Read full story
Some content from this outlet may be limited or behind a paywall.
coronavirus, coronavirus vaccine, Moderna