Gun Violence in America Could Soon Get Worse

Violence in America, Gun Control and Gun Rights
Save for Later
From The Left 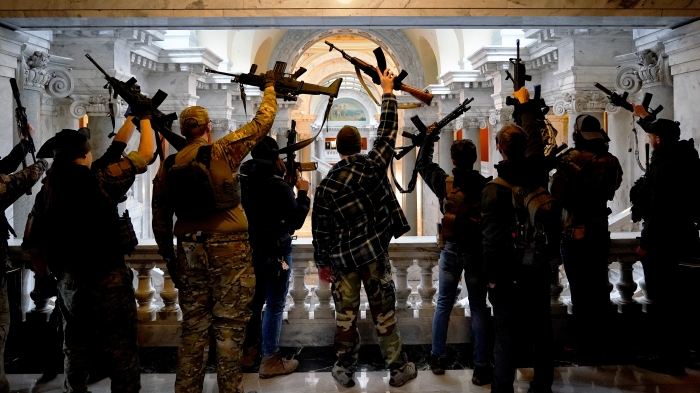 Over the past decade, amid rising mass shootings and fierce debate over America’s gun laws, the claim that “nothing ever changes” became a political cliché. The frustration was aimed in particular at the federal government—foremost at the failure by Congress to mandate a stronger and more comprehensive background-check system for gun buyers, a policy with long-standing bipartisan support among Americans, including gun owners. Much has changed in recent years, in fact, at the state and local levels, where governments adopted hundreds of regulations either tightening or loosening restrictions on firearms, a mix defined largely along partisan lines. From a national perspective, however, the picture has been evolving more recently in some ominous ways.

The US Supreme Court, now tilted decisively to the right with three Trump-appointed justices, will soon rule on a case widely expected to open the floodgates for many more Americans to carry loaded guns whenever and wherever they want. Broad scientific research has long since confirmed that the presence of more guns throughout society correlates with more gun injuries and deaths.