Donald Trump, Media Bias, Republican Party, Politics
Save for Later
From The Right 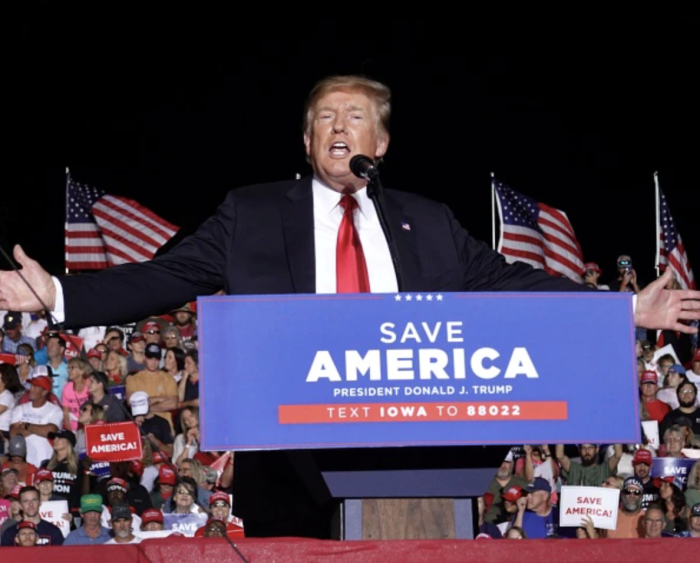 Former President Donald Trump on Monday slammed a report that he told Republican National Committee Chairwoman Ronna McDaniel that he planned to leave the GOP and start a new political party.

ABC reporter Jonathan Karl, in his new book, "Betrayal: The Final Act of the Trump Show," alleges Trump expressed such plans to McDaniel on his final day as president.

"It's a totally made up and fabricated story, it's Fake News. Jonathan Karl is a third-rate reporter working for ABC Non-News," Trump said in a statement tweeted by spokeswoman Liz Harrington.

"ABC Non-News and 3rd rate reporter Jonathan Karl have been writing Fake News about me from the beginning of my political career. Just look at what has now been revealed about the Russia, Russia, Russia hoax. It was a made up and totally fabricated scam and..." Trump continued, before concluding:

"The lamestream media knew it. It just never ends!"

In his book, due out Nov. 16, Karl claims Trump only backed down after Republican leaders threatened to take actions that would have cost the former president millions of dollars.

Trump granted interviews to various authors writing books on him and his presidency. He said in July that doing so was "a total waste of time."

Read full story
Some content from this outlet may be limited or behind a paywall.
Donald Trump, Media Bias, Republican Party, Politics