Fossil Fuel Lobbyists Have Larger Presence at COP26 Than Any Single Country: Report

Climate Change, Environment, Fossil Fuels, COP26
Save for Later
From The Left 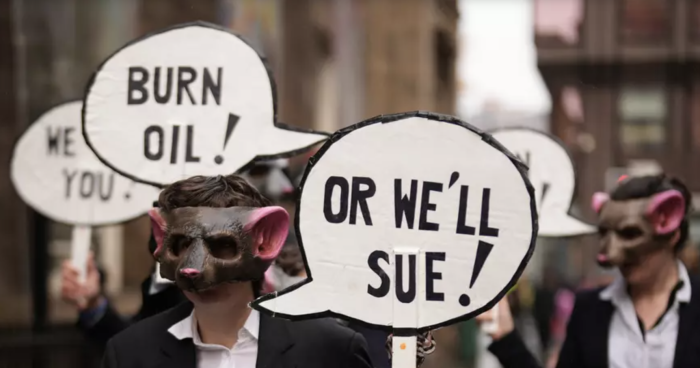 A coalition of watchdog groups estimated Monday that fossil fuel industry representatives have a larger presence at COP26 than officials from any single country, a finding that further intensified environmentalists' concerns about the legitimacy of the high-stakes climate summit.

After pouring over a 1,600-page United Nations list of approved COP26 attendees, the coalition led by Global Witness published an analysis showing that at least 503 fossil fuel lobbyists have been admitted to the summit in Glasgow, Scotland.

That means the oil and gas industry—the principal driver of the crisis that COP26 was ostensibly convened to tackle—unofficially has a bigger delegation at the conference than Brazil, which has the largest national presence at COP26 with 479 representatives.

Fossil fuel industry influence-peddlers at COP26 also far outnumber the representatives of nations that have been most impacted by the climate crisis over the past two decades, including Bangladesh, Mozambique, and Haiti.

Prominent industry attendees, according to the new analysis, include "delegates from over 100 fossil fuel companies"—such as the oil giants Shell and BP—"who openly stated their affiliation, attending the talks as part of country delegations or with business groups" like the International Chamber of Commerce.