Transportation, Travel ban, Canada, Mexico, Life during covid-19, US Border, coronavirus vaccine, Travel Restrictions
Save for Later
From The Right 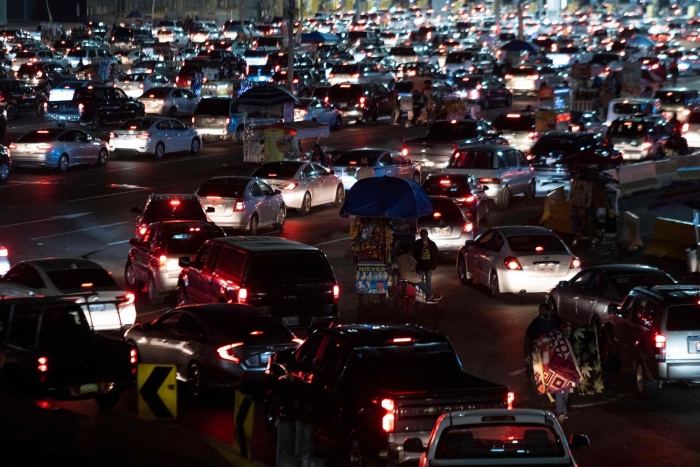 The US reopened its borders Monday after 20 months of travel restrictions — immediately creating wild miles-long lines of cars waiting to cross over from Canada and Mexico.

The strict restrictions, first imposed by the Trump administration in March 2020, had barred access to non-US citizens traveling from 33 countries as well as overland entry from Mexico and Canada.

Unvaccinated travelers are now also allowed for “essential” trips, a leeway that will end in January when all visitors need to have been jabbed.

Before sunrise, lines of cars as far as the eye could see were lining up on the US-Mexico border, with the Ciudad Juarez government having to implement special system to direct the overwhelming surge of traffic.

It included portable toilets on the three bridges crossing into the US “as waiting times of up to four hours are estimated,” the local director of road safety, Cesar Alberto Tapia, told Agence France-Presse (AFP).

Underscoring the anticipation of the reopening, currency exchange centers in Mexico’s Ciudad Juarez were also hit by a shortage of dollars.

Menawhile, similar scenes were taking place in the north too — with seemingly endless lines of passenger cars and motor homes lining up on Rainbow Bridge between Niagara Falls in Ontario and New York.

River Robinson excitedly planned a US trip to see her American partner who wasn’t able to be in Canada for the birth of their baby boy 17 months ago.