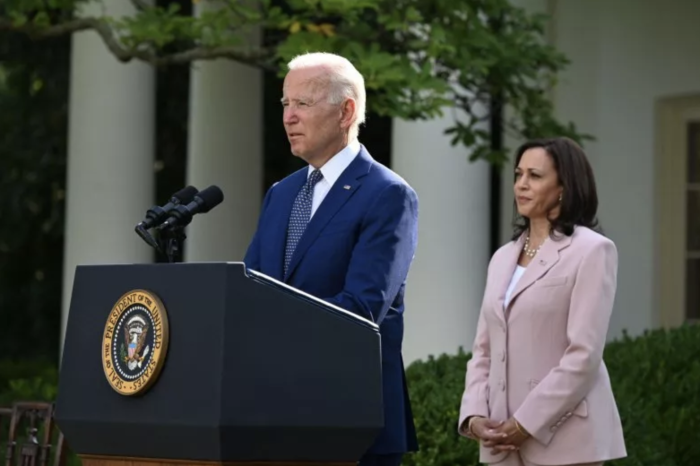 President Joe Biden and Vice President Kamala Harris are continuing to suffer heavily in the polls following a week in which their party was rocked by a number of elections.

According to a USA Today-Suffolk University poll, Biden's approval rating is currently at 38 percent, lower than another Suffolk University/USA TODAY poll taken since he took office and only just hovering above the president's all-time lows of 37 percent which were recorded by two other surveys in mid-October.

Neatly two-thirds of all Americans say they do not want him to run again in 2024, including more than a quarter (28 percent) of Democrats.

Read full story
Some content from this outlet may be limited or behind a paywall.
Joe Biden, Kamala Harris, Approval rating, Elections, Democratic Party, Politics

NEWS
Biden was forged in the Senate. Now he's burning political capital to change it.
Politico

News
Biden on COVID Surge, Test Shortage: 'We Have to Do Better'; 'What Took So Long Is--It Didn’t Take Long at All'
CNSNews.com