‘I Don’t Want to Die for It’: School Board Members Face Rising Threats

Education, Threats, Schools, School Boards, Teachers, Race And Racism
Save for Later
From The Left 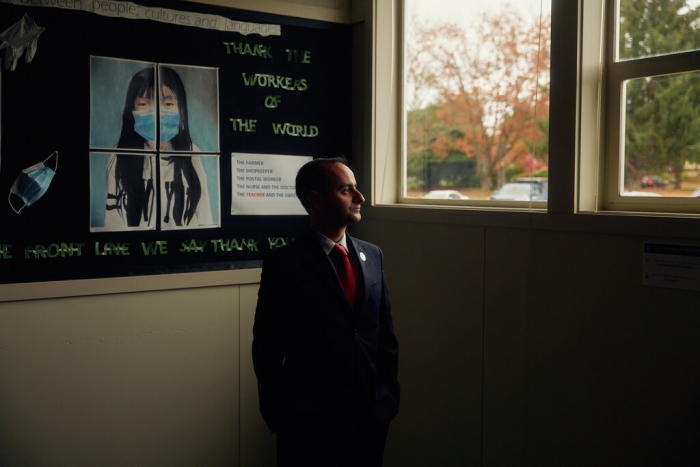 It was only days after Sami Al-Abdrabbuh was re-elected to the school board in Corvallis, Ore., that the text messages arrived.

The first, he said, was a photograph taken at a shooting range. It showed one of his campaign’s lawn signs — “Re-Elect Sami” — riddled with bullet holes.

The second was a warning from a friend. This one said that one of their neighbors was looking for Mr. Al-Abdrabbuh. The neighbor was threatening to kill him.

Like many school board races this year, the one in May in Corvallis,...

Read full story
Some content from this outlet may be limited or behind a paywall.
Education, Threats, Schools, School Boards, Teachers, Race And Racism