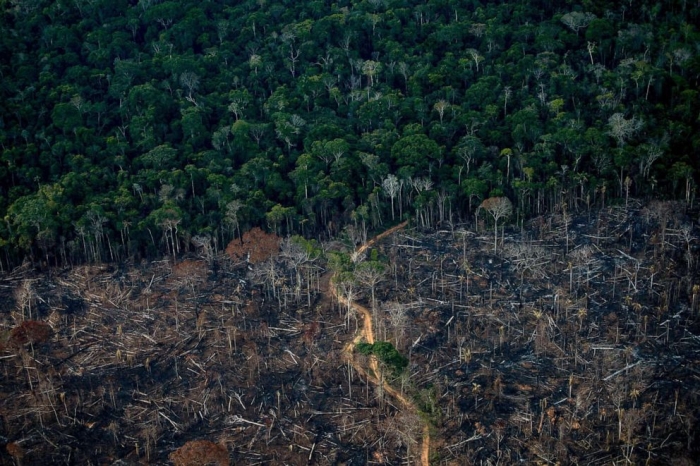 Dubbed a "code red for humanity" by the head of the United Nations, the Intergovernmental Panel on Climate Change said in its most-recent report that the impacts of human-induced climate change are already being seen in "every region across the globe" and urgent action must be taken immediately, not decades into the future, to mitigate the devastation.

As scientists sound the alarms, it has become near-impossible for business leaders to ignore the research -- or the global, youth-led protests spurred by activists like Greta Thunberg, who view climate change as an intergenerational justice issue -- as a new generation of consumers accuse major greenhouse gas-emitting corporations of robbing the young of their future.

In recent years, a slew of high-profile announcements have followed from hundreds of major U.S. companies, pledging to achieve "net-zero" emissions by a date often decades in the future. Some have welcomed these public-facing commitments as positive indicators that the private sector is heeding to public pressure, but the scientific community says a lack of universal accounting standards results in most of these promises being ineffective, unjust and the latest form of "greenwashing" from corporate America.

Scientists are urging that at this point, with the impacts of climate change already manifesting, the "net" part of these "net-zero" announcements are coming too late and have shifted the focus from reducing emissions to simply "offsetting" them with nature- or tech-based solutions that simply don't yet exist at the scale necessary to meet the need. Some researchers have used the analogy that if your house is flooding, you would likely focus on turning off the faucet spewing the water rather than on trying to mop the floodwaters up.