Voters Are Done With COVID-19 and Pandemic-Powered Officials

voting rights and voter fraud, Life during covid-19, coronavirus, Role of Government
Save for Later
From The Right 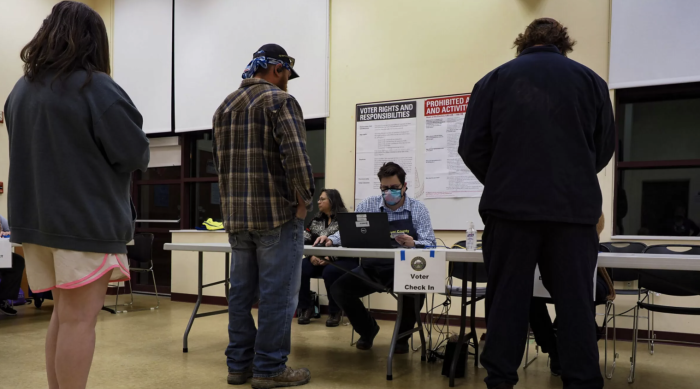 Politicians have been on a high over the last year-plus, wielding extraordinary power with the approval of voters fearful of viral infection. Democrats, in particular, championed draconian restrictions on life and often won praise for doing so. Going into this week's election, Terry McAuliffe, Phil Murphy, and other politicians had every reason to expect voters to cheer similar interventions in other areas. But voters, it turns out, are over their pandemic panic and want something closer to a traditionally restrained government minding its manners and paying attention to the public's concerns.

"From Virginia's Tidewater region to the Philadelphia suburbs to Long Island, voters on Tuesday issued an unmistakable repudiation of the Democratic Party that was wider and deeper than even some of its more pessimistic tacticians were anticipating," acknowledged a Washington Post post-mortem.

Virginia and New Jersey drew particular attention as states where Republicans were supposed to be less viable than ever after years of Trump fatigue. New Jersey Gov. Phil Murphy (D) exercised often-monarchical pandemic policy that won raves from voters. He unilaterally authorized the seizure of private property, dismissed Bill of Rights-based objections to lockdown orders, and sniffed that protests against his actions didn't rise to the level of other causes. As recently as August, voters considered COVID-19 the top issue facing the state, with Monmouth University pollsters reporting "voters give Murphy a clear advantage on the pandemic (46% to 21% for [Republican Jack] Ciattarelli) and a narrower edge on jobs and the economy (35% to 27%)." Overall, Murphy led by double digits.

Read full story
Some content from this outlet may be limited or behind a paywall.
voting rights and voter fraud, Life during covid-19, coronavirus, Role of Government

NEWS
The filibuster is unbearable, odious and infuriating. We better not get rid of it.
Pete Weichlein