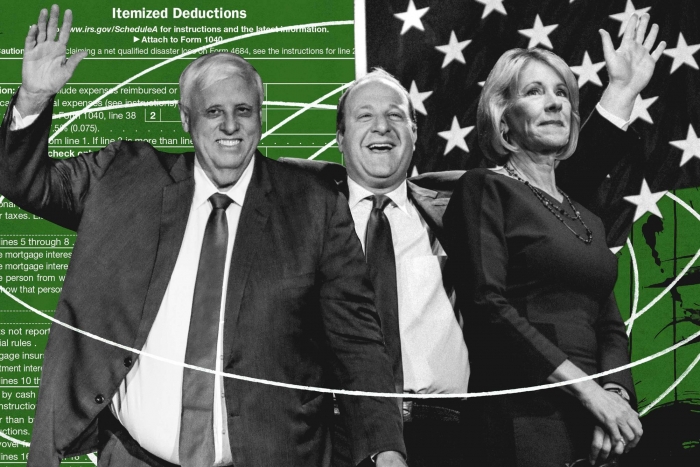 As a member of Congress, Jared Polis was one of the loudest Democrats demanding President Donald Trump release his tax returns.

At a rally in Denver in 2017, he warned the crowd that Trump “might have something to hide.” That same year, on the floor of the House, he introduced a resolution to force the president to release the records, calling them an “important baseline disclosure.”

But during Polis’ successful run for governor of Colorado in 2018, his calls for transparency faded. The dot-com tycoon turned investor broke with recent precedent and refused to disclose his returns, blaming his Republican opponent, who wasn’t disclosing his.

Polis may have had other reasons for denying requests to release the records.

The revelations about Polis are contained in a trove of tax information obtained by ProPublica covering thousands of the nation’s wealthiest people. The Colorado governor is one of several ultrarich politicians who, the data shows, have paid little or no federal income taxes in multiple years, exploited loopholes to dodge estate taxes or used their public offices to fight reforms that would increase their tax bills.

Infusing Civic Engagement and Equity into Your Charter