Media Bias, Joe Biden, MSNBC bias
Save for Later
From The Right 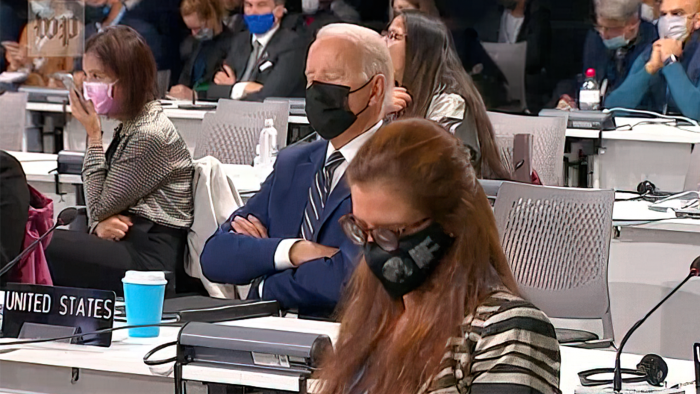 Biden, who warned military service members this summer that top Pentagon officials consider climate change to be the "greatest threat" to America’s national security in the coming years, sat with his arms crossed, looking like he was drifting in and out of sleep, in a viral video shared by Washington Post reporter Zach Purser Brown.

"He was seen on camera with his eyes closed, it appears that perhaps he was dozing," O’Donnell told viewers. "In these settings, cameras are all around. The camera caught President Biden, who turns 79 later this month, with his eyes closed for a period of time, and you’re right, these can be embarrassing situations."