COP26: US to tackle methane leaks from oil and gas wells

Climate Change, Environment, COP26, Methane Gas
Save for Later
From The Center 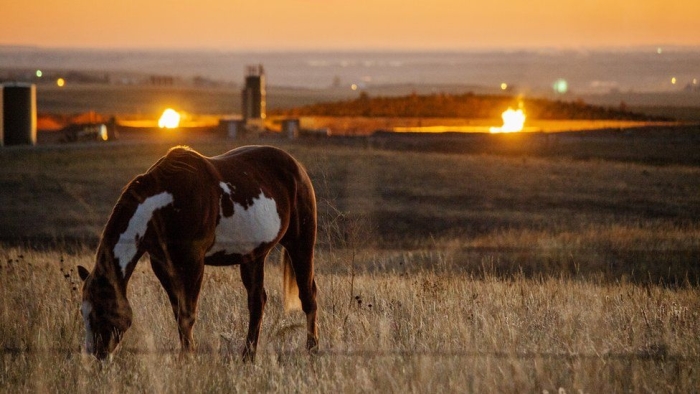 The US is set to announce measures to prevent millions of tonnes of the greenhouse gas methane from entering the atmosphere.

The measures will target methane leaking from oil and gas rigs across the US.

It is one of the most potent greenhouse gases and responsible for a third of current warming from human activities.

A global partnership to cut methane is to be announced at the COP26 climate conference in Glasgow on Tuesday.

Dozens of countries have joined the initiative led by the US and the EU to cut emissions of the gas by at least 30% by 2030, compared with 2020 levels. However, China, Russia and India - some of the world's top methane emitters - are not among them.

The main focus of efforts to curb global warming is carbon dioxide (CO2), which is emitted as a result of human activities such as generating power and clearing forests.

But there has been a growing focus on methane as a way of buying extra time to tackle climate change. Although there's more CO2 in the atmosphere and it sticks around for longer, individual methane molecules have a more powerful warming effect on the atmosphere than single CO2 molecules.