Climate Change, hypocrisy, COP26, Environment
Save for Later
From The Right 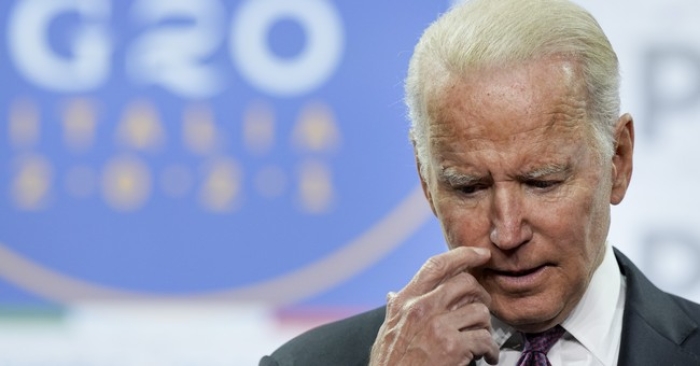 President Biden and other world leaders are gathered in Glasgow, Scotland this week for a United Nations summit on climate change. It's basically a self-flagellation ceremony for the leaders of the world to traverse from their respective countries around the globe in order to talk about how evil carbon emissions are and what they're going to do to supposedly save the world.

From what can be seen at the climate change confab, though, these world leaders shouldn't be lecturing citizens of the world about how they can adjust their habits to save the planet.

For one, there's the SUVs and other vehicles that make up dignitaries' gas-guzzling motorcades. We're talking about a lot of cars, the likes of which Democrats and leftist climate radicals say are problematic and need to be replaced by bicycles or electric-only vehicles.

There are so many vehicles for the dozens of world leaders assembled that the motorcades are piled up along the streets of Glasgow. And because they have to be ready to roll out at any moment, apparently, many have their engines idling... something else climate activists say commoners aren't supposed to do.

Other special infrastructure brought in to facilitate the meeting includes large supplementary lights that run off of diesel generators — even during the day when lights aren't needed — according to people on the ground in Scotland.