Polarization, Politics, Joe Biden, Let's Go Brandon
Save for Later
From The Left 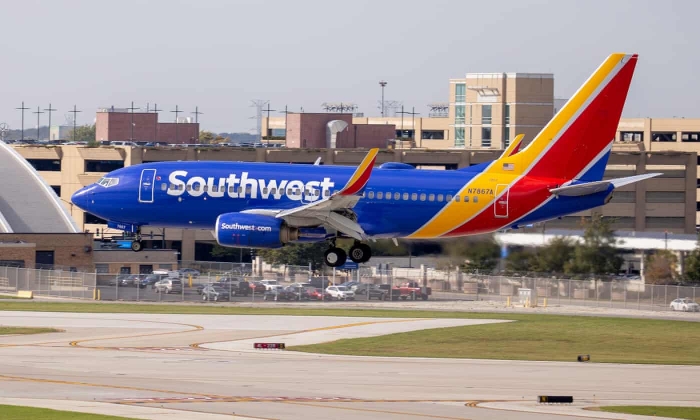 Southwest Airlines announced an internal investigation after a pilot was reported to have signed off a message to passengers by saying: “Let’s go Brandon.”

The apparent non-sequitur is in fact a rightwing meme, based on a NBC sportscaster’s apparent mishearing of a chant of “Fuck Joe Biden” by a crowd at a Nascar circuit in Alabama at the start of October.

On a Southwest flight from Houston, Texas to Albuquerque, New Mexico on Friday morning, an Associated Press reporter heard the pilot end a message over the public address system with the phrase, prompting gasps from some passengers.

The reporter, Colleen Long, said she tried to ask the pilot about his comment but was “almost removed from [the] plane”.

As discussion of the incident proliferated online, Southwest said in a statement it “takes pride in providing a welcoming, comfortable, safe and respectful environment for the millions of customers who fly with us each year.