Privacy, Wikipedia, Media Bias, Capitol Chaos
Save for Later
From The Left 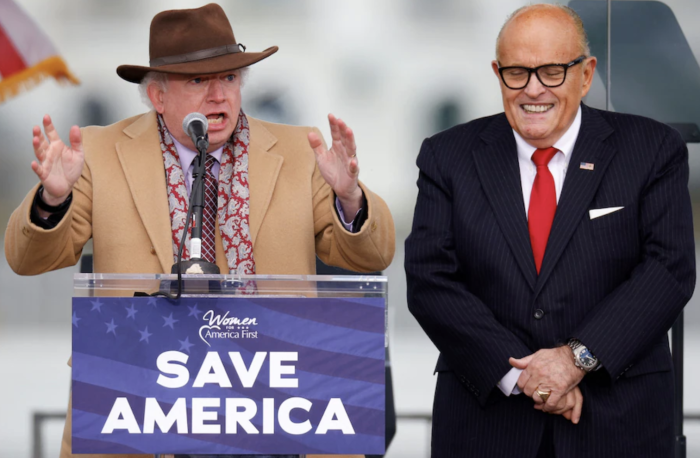 In the early afternoon of Jan. 7, only hours after addressing the “Stop the Steal” rally outside the White House that fed into the assault on the Capitol, John C. Eastman began working on the first draft of history: He rewrote his own Wikipedia page.

Where the article said that Eastman, a professor at Chapman Law School at the time, was helping President Donald Trump “to annul the voting processes and, by extension, the electoral college selections” of at least four states, Eastman substituted a less accusatory description. In his version, Trump hadn’t tried to annul the results but had simply “challenged the electoral votes in four states in which elections officials had violated state law (and hence Art II of the U.S. Constitution) in the conduct of the election.”

Eastman was able to move quickly because he already had a Wikipedia account and was familiar with its ways; over the years he had edited his own article, a violation of the rules that was noticed but incompletely acted upon. This time, however, Eastman’s editing drew immediate attention. In barely two hours, all of his changes were made to disappear — “reverted,” in the parlance of Wikipedia — and he was asked to make his case on the Talk page assigned to the article, where editors can debate proposals for improving an entry.

Read full story
Some content from this outlet may be limited or behind a paywall.
Privacy, Wikipedia, Media Bias, Capitol Chaos