Culture, Media industry, gender issues, LGBT Issues
Save for Later
From The Right 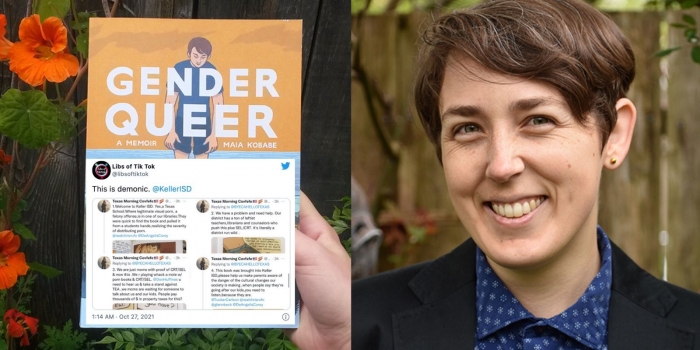 A controversial book that caused firestorms of parental anger upon being found in the libraries of public schools from Virginia to Rhode Island, showing graphic sexual imagery about the sexual and gender identity awakening of teenagers, is being defended by the mainstream press and publishers.

The book, Gender Queer: A Memoir, a graphic novel by author Maia Kobabe, has become something of a symbol of what's at stake in the educational culture wars both in the Virginia gubernatorial election and beyond.

Published by Simon and Schuster, the book has won numerous awards. The book was called into question by Republican candidate Glenn Youngkin, and was pulled from school libraries in Fairfax County, Virginia. Yet Democrat candidate Terry McAuliffe slammed Youngkin for wanting books like this out of school libraries.

Read full story
Some content from this outlet may be limited or behind a paywall.
Culture, Media industry, gender issues, LGBT Issues

NEWS
Is confidence a cult? These sociologists think so.
Vox