sexual misconduct, California, Education, Culture
Save for Later
From The Left 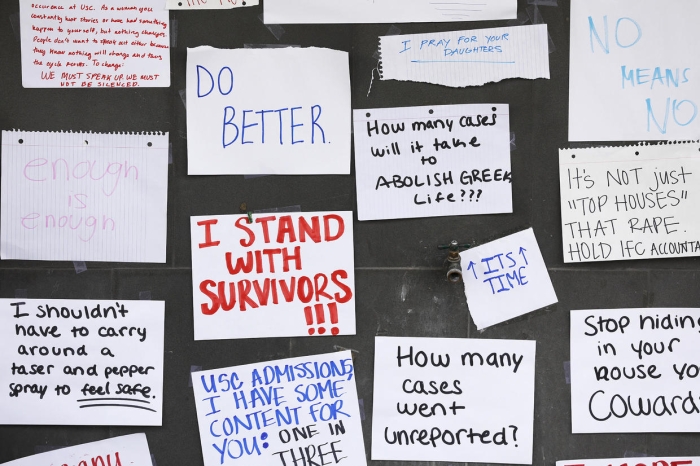 The University of Southern California on Friday said there was a "troubling delay" in alerting the campus community about allegations of drugging and sexual assault at a fraternity.

USC President Carol Folt said that in late September its Relationship & Sexual Violence Prevention Services, a counseling resource, received between five and seven "confidential disclosures" of possible drugging and sexual assault at a fraternity. Campus-wide communications weren't sent until about a month later.

"We now know that there was a troubling delay in acting on this information, and specifically in evaluating it for notification to the community," she said in a letter to the USC community.

The allegations sparked protests by campus groups, including faculty and students, claiming the university wasn't doing enough to respond to the reports of crimes on campus.