Environment, Climate Change, sustainability, Oil
Save for Later
From The Left 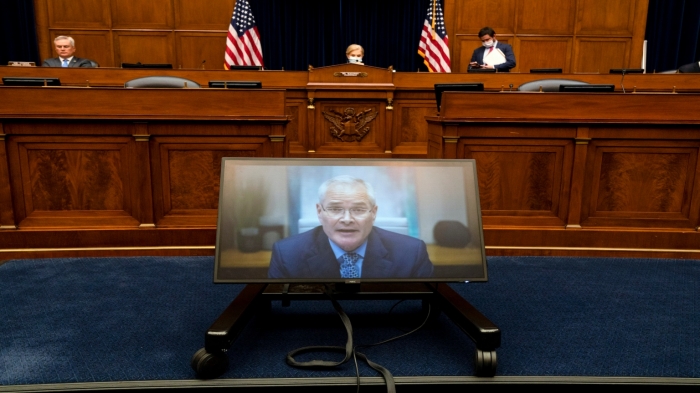 A landmark congressional hearing to probe the extent to which the oil industry misled the public about global climate change featured executives of some of the world’s largest fossil fuel companies and industry trade groups further downplaying climate science.

“We know the combustion of oil and gas releases greenhouse gases,” Darren Woods, CEO of oil giant ExxonMobil, told members of the House Committee on Oversight and Reform before misrepresenting the findings of the world’s leading climate science body.

“The Intergovernmental Panel on Climate Change,” he said, “has concluded that increased greenhouse gases can contribute to climate change.”

What the United Nations scientific body actually concluded in an August report is that human activity—namely the burning of fossil fuels and deforestation—is the “unequivocal” cause of climate change, and has already unleashed devastating changes around the globe.

Other industry executives rolled out similarly couched talking points. “We accept the scientific consensus: Climate change is real and the use of fossil fuels contributes to it,” said Chevron CEO Michael Wirth.