US House, January 6, Capitol Chaos
Save for Later
From The Left 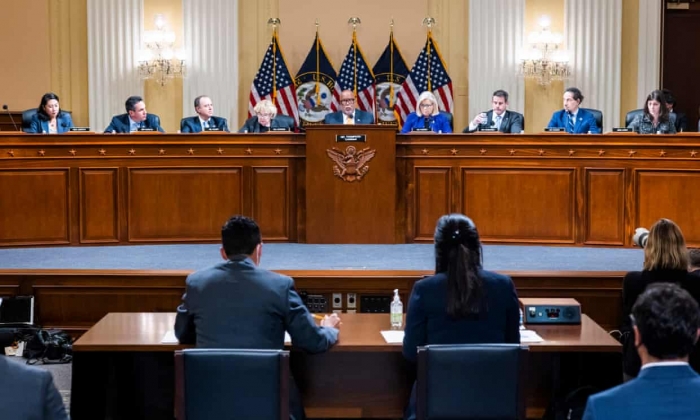 The House select committee investigating the Capitol attack is confronting a pivotal moment as resistance from top Trump administration aides threatens to undermine their efforts to uncover the extent of the former president’s involvement in the 6 January insurrection.

The select committee remains in the evidence-gathering phase of the investigation that now encompasses at least five different lines of inquiry from whether Donald Trump abused the presidency to reinstall himself in office or coordinated with far-right rally organizers.

But unless House investigators can secure a breakthrough to obtain documents and testimony from Trump’s White House chief of staff, Mark Meadows, and others in the next few weeks, the most pressing questions about Trump’s role in 6 January may go unanswered, two sources said.

The select committee has designated its “gold” team to examine the extent of Trump’s personal involvement in the events that left five dead and more than 140 injured as his supporters stormed the Capitol in his name, the sources said.

One major focus of the investigation is whether Trump had advance knowledge of the insurrection, the sources said – since if they uncover evidence of conspiracy to violently stop the certification of Joe Biden’s election win, that could constitute a crime.

PERSPECTIVES BLOG
Check This Out: Using Jan. 6 as a Launching Point for Good
NEWS
A year later, where 10 House Republicans who voted to impeach Trump stand politically
Washington Examiner