Joe Biden, Federal Budget, Build Back Better, House Democrats
Save for Later
From The Right 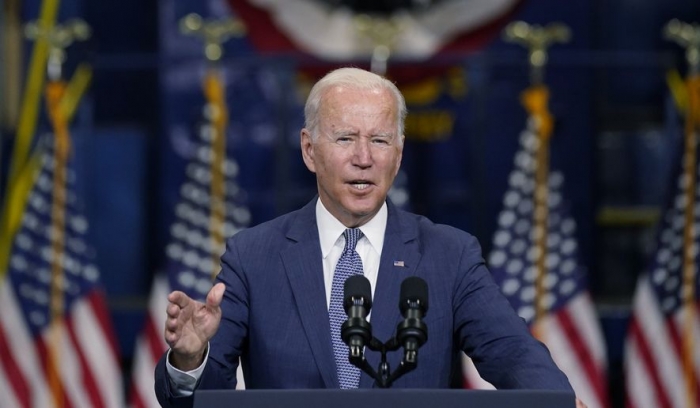 President Biden will plead with House Democrats to pass his economic agenda and make one last sales pitch to the public Thursday before jetting off for an overseas trip.

“Before departing for his foreign trip, he will return to the White House and speak to the American people about the path forward for his economic agenda and the next steps to getting it done,” a White House official said.

Mr. Biden is going to Capitol Hill to push House Democrats to strike a deal on two of his top domestic priorities: a $1.2 trillion bipartisan infrastructure deal and a broader social welfare package.

Read full story
Some content from this outlet may be limited or behind a paywall.
Joe Biden, Federal Budget, Build Back Better, House Democrats