The ‘profound power’ of vote by mail: Evolving a new ritual of democracy

voting rights and voter fraud, vote by mail
Save for Later
From The Center 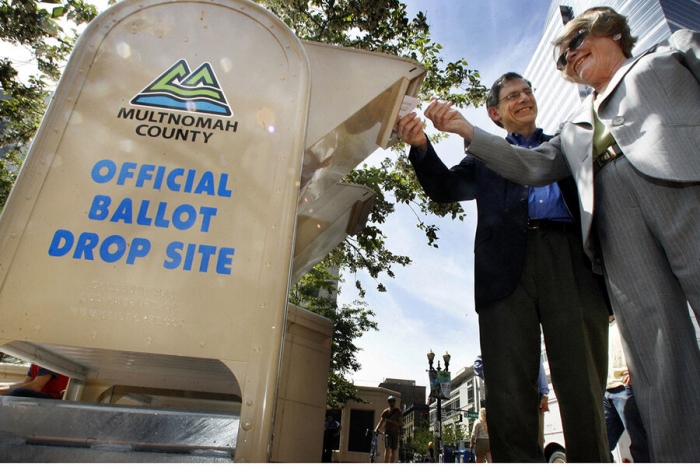 Oregon’s former secretary of state, who pioneered the practice there, says reducing logistical hurdles to voting, and letting people fill out ballots in the comfort of their home, is good for democracy.

Phil Keisling has been called “the Johnny Appleseed of mail-in ballots” and “the patron saint of vote by mail.” As Oregon’s secretary of state from 1991 to 1998, he pushed for the adoption of a then-unique system in which all active registered voters receive ballots through the postal system for all elections.

Oregon’s vote by mail began as an experiment at the local level when a county clerk asked a simple question: Since they were already paying to print and mail sample ballots to voters, why not just send the real thing? It turned out doing so saved money – while also boosting turnout and making voters happy, says Mr. Keisling.

Former President Donald Trump has denounced mail-in balloting, with no evidence, as rife with fraud. “Mail ballots are a very dangerous thing for this country,” he said prior to last year’s election.

Some states expanded all-mail voting for the 2020 presidential election during the pandemic. Eight states have now adopted the method, including California, where Democratic Gov. Gavin Newsom signed universal mail-ballot legislation into law on Sept. 27.

Read full story
Some content from this outlet may be limited or behind a paywall.
voting rights and voter fraud, vote by mail