Gun Control and Gun Rights, SCOTUS
Save for Later
From The Left 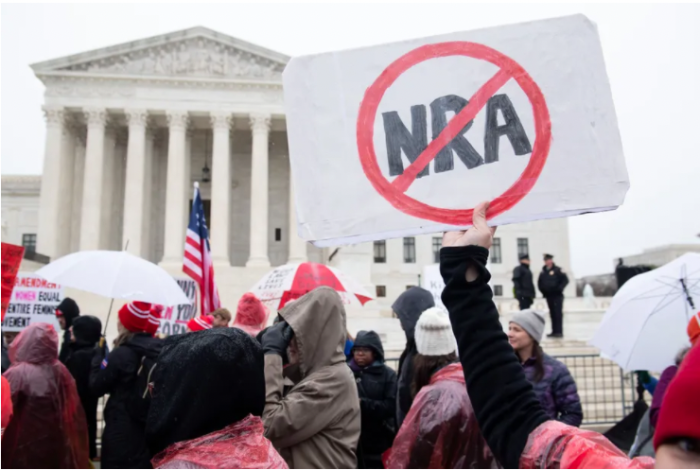 For nearly all its history, the Supreme Court kept its distance from gun policy. Now it’s about to decide a case that could radically reduce the government’s power to regulate guns.

The Second Amendment states explicitly that it exists to protect “a well regulated Militia,” and until fairly recently, the Court took these four words very seriously. As a unanimous Court explained in United States v. Miller (1939), the “obvious purpose” of the Second Amendment was to “render possible the effectiveness” of militias, and the amendment must be “interpreted and applied with that end in view.” Because the kinds of militias that concerned the framers in the 1790s are now an anachronism, Miller’s approach gave states broad authority to regulate guns.

That all changed with the Court’s 5-4 decision in District of Columbia v. Heller (2008), which held for the first time in American history that the Second Amendment protects an individual right to own a gun for personal “self-defense.”

And yet Heller was only a partial victory for the gun lobby. The Court’s opinion is thick with language explaining that “the right secured by the Second Amendment is not unlimited,” and it even enumerates several very important limits on gun rights. As conservative Justice Samuel Alito complained in a 2020 opinion, this has meant that lower courts “have decided numerous cases involving Second Amendment challenges to a variety of federal, state, and local laws,” and that “most have failed.”

In other words, the constitutional right to own a gun is both stronger now than it was at any point in the first 217 years of the Second Amendment’s history, and weak enough that state and local governments can prevent most Americans from carrying a gun on city streets and in other heavily populated areas.