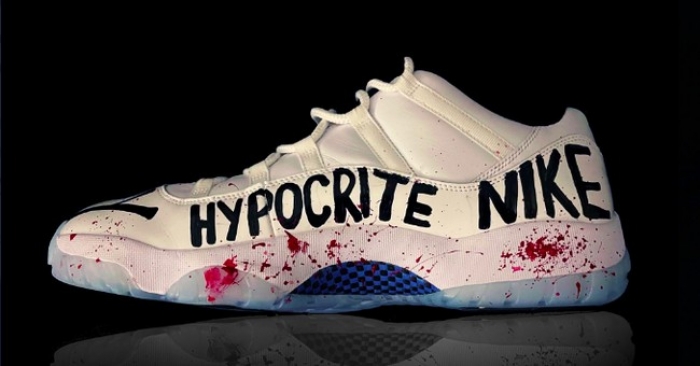 One may not agree with Boston Celtics Center Enes Kanter on every aspect of his activism, but it's hard not to respect the hell out of the moral stand he's taking against the Chinese Communist Party and its abettors. Many virtue signalers and preeners like to cast themselves as brave, and to be lauded for their "courage." Kantor actually deserves such approbation, in this case. He knows that the CCP has zero tolerance for dissent, and has used its economic muscles to silence and punish critics, bending Western institutions – from industries to companies to organizations to governments – to the will of Beijing. But Kanter has spoken out against his native country's leadership, a potential risk to his own safety, so he's unfazed by the wrath of Chairman Xi. What started with intense criticism of China on Tibet grew into strong advocacy on behalf of oppressed Uighurs. As Spencer and Leah have covered recently, Kanter has not been subtle or diplomatic. He's identifying evil (actual genocide) and treating it as such.

What came as a truly pleasant surprise, and is likely a source of no small measure of agita within NBA circles, is Kanter's decision to broaden out his critique to include Nike – home to some of the biggest woke phonies in all of corporate America. Kanter directly addressed the sneaker giant's leaders, noting that they preach one thing at home, then look the other way on atrocities in China:

My only real quibble with this forceful display is that Nike has not merely been "silent" on China's myriad abuses. It's worse than that. When another NBA figure, then-Houston Rockets General Manager Daryl Morey, published a single tweet in favor of democracy in Hong Kong, the fallout was swift. The CCP censored broadcasts of Rockets games in China. Major superstars like LeBron James and Steph Curry blasted Morey, with LeBron reportedly lobbying behind the scenes for the executive to be punished for his free speech. There was a lot of sweet, sweet money on the line, after all.  And Nike, a titan in the sports apparel world, pulled Rockets gear from Chinese shelves. In appeasement-minded solidarity with Communist China. Against democracy. This is far more appalling than silence; it's active, profit-driven complicity.

PERSPECTIVES BLOG
Facts vs Myths: Did COVID-19 Leak From a Chinese Lab?
NEWS
Novak Djokovic
The Flip Side