The line of culpability for Jan. 6 needs to be more brightly drawn than it is

Violence in America, Capitol Chaos, January 6
Save for Later
From The Left 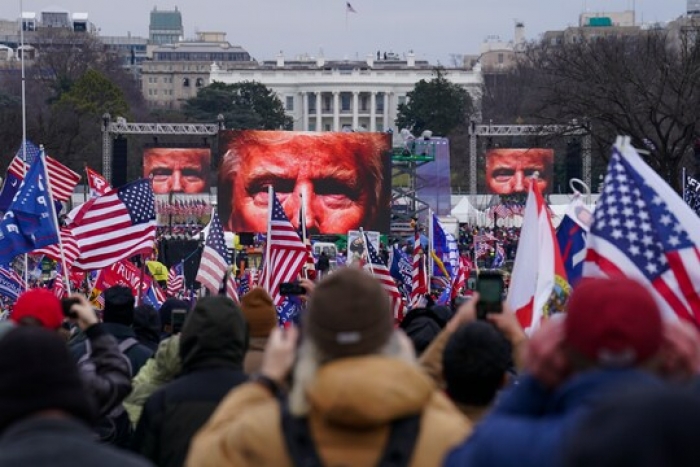 At 1 p.m. on Jan. 6, there were supposed to be two speeches starting at the same time to two different audiences. Inside the Capitol, Vice President Mike Pence was to announce that the joint session of Congress convened to certify the results of the presidential election would come to order. A few hundred yards away, past the stone walls of the building and a row of Capitol Police, Roger Stone was scheduled to start speaking at a rally amplifying President Donald Trump’s false claims about the election having been stolen.

That latter speech from Stone, a longtime ally of Trump’s and a longtime foe of the truth, was documented in a permit submitted to the Capitol Police in advance of the day’s protest. Obtained by BuzzFeed News, the permit lists an exhaustive set of planned speakers for the rally on the east front of the Capitol that day, running from 10 a.m. to 5 p.m. Among the planned speakers were Ali Alexander, the right-wing provocateur who had been vacuuming up money through his “Stop the Steal” effort, and various members of Congress, including Reps. Marjorie Taylor Greene (R-Ga.) (identified as Marjorie Greens in the permit), Paul A. Gosar (R-Ariz.) and Lauren Boebert (R-Colo.).

Eventually, the plan changed. Apparently following conversations with the White House, that long-planned Capitol rally was folded into a tripartite group of events running from the evening of Jan. 5 until the following afternoon. Every component was pointed in the same direction, toward bolstering Trump’s false claims of election fraud and responding to his exhortations for people to show up and protest.

Read full story
Some content from this outlet may be limited or behind a paywall.
Violence in America, Capitol Chaos, January 6

PERSPECTIVES BLOG
Check This Out: Using Jan. 6 as a Launching Point for Good
NEWS
Texas Synagogue Attack
The Flip Side