Economy and Jobs, unemployment
Save for Later
From The Center 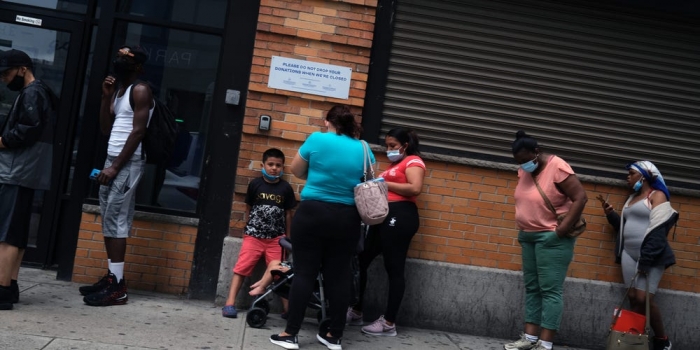 Jobless claims reached 290,000 last week, the Labor Department said Thursday. The median estimate from economists surveyed by Bloomberg was for a slight increase to 300,000 claims. The print marked a third consecutive decline.

Continuing claims — which count Americans filing for ongoing unemployment insurance benefits — dipped to 2.48 million for the week that ended October 9. That beat the median estimate of 2.55 million claims....

Read full story
Some content from this outlet may be limited or behind a paywall.
Economy and Jobs, unemployment

News
U.S. economy grew at annual rate of 2% in the third quarter, as delta variant pulled back progress
Washington Post