Elections, Virginia Politics, Terry McAuliffe
Save for Later
From The Right 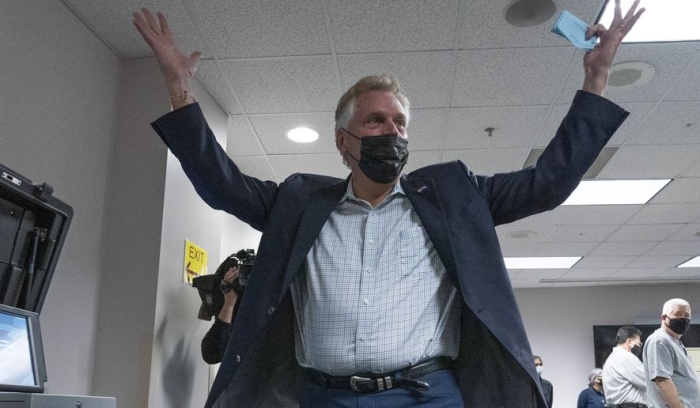 Mr. McAuliffe was asked by WJLA 24/7 News about his debate comment regarding parental involvement in school curricula, crime during his previous tenure as governor and COVID-19 vaccine mandates.

He left 11 minutes into the interview after the news outlet pressed him about vaccine mandates.

When asked if he supported such mandates in the commonwealth, Mr. McAuliffe replied, “Of course, I do!” He went on to say: “Schools, nurses, doctors — I want every employer to mandate that their employees be required to be vaccinated.”

Read full story
Some content from this outlet may be limited or behind a paywall.
Elections, Virginia Politics, Terry McAuliffe