Climate Change, Joe Biden, Clean Energy, Sustainability, Energy, US Congress
Save for Later
From The Center 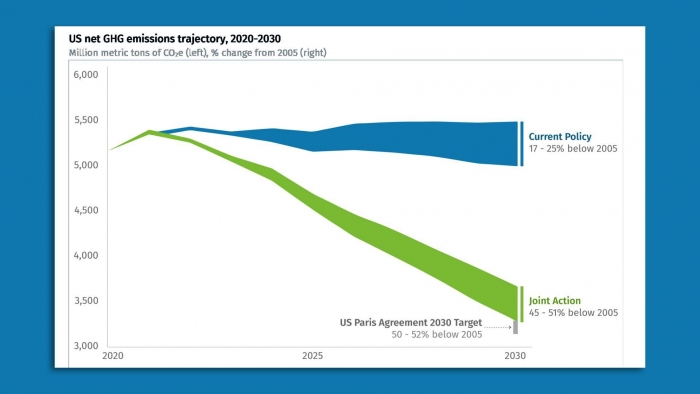 The verdict is in: President Biden's U.S. emissions-cutting pledge isn't a fantasy, but the path to meeting it is very difficult and relies on forces outside of White House control.

Driving the news: The Rhodium Group just released an analysis of policy combinations that could close the gap between the current U.S. trajectory and Biden's vow under the Paris Agreement to cut emissions in half by 2030.

Why it matters: It's the most detailed analysis I've seen of what's needed to translate the pledge into policy specifics — and it's quite a lot.

A Guide to Talking to Coal Miners About Climate Change
Vice

News
Jamie Raskin on the climate crisis: ‘We’ve got to save democracy in order to save our species’
The Guardian

News
There’s new momentum in Congress for a climate bill, but a lot of questions on what it could include
CNN (Online News)

Data
The world is on fire and our leaders are failing, poll finds
Politico

Data
In Response to Climate Change, Citizens in Advanced Economies Are Willing To Alter How They Live and Work
Pew Research Center

Opinion
Sustainability Issues That Jumped From The Bench To The Game, And One That Is About To
Forbes

Opinion
Podcast
I Changed My Mind About Nuclear Power: Zion Lights
How Do We Fix It?