In 2008, some Republicans claimed Obama was a Muslim. Colin Powell pushed back

Politics, Barack Obama, Colin Powell, Muslim
Save for Later
From The Center 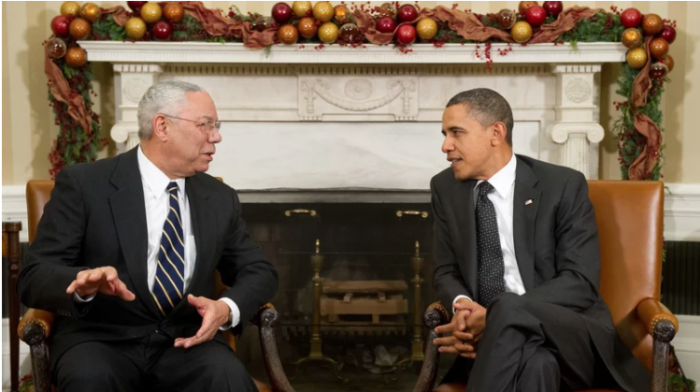 The American statesman Colin Powell died on Monday due to complications from COVID-19. He was 84 years old.

While many remember the four-star Army general for his history-making tenure as the nation's first Black secretary of state and his controversial and misleading justification for the U.S. war in Iraq, the longtime Republican's legacy also includes a notable break from his party to endorse Democrat Barack Obama in his first White House bid.

That presidential race, in 2008, became one of the most politically and socially consequential contests in American history.

Opinion
New Jersey Is the Best-Run State in America
Slate